What is your idea of a perfect Sunday morning plan? Breakfast in the sun with friends at a sports club while you talk cars, or something like that? For this occasion, we put the spotlight on the cars that formed the dreams for many generations of twenty-year-olds: hot-hatches. Not just one, but 90 of them.

Mini’s of all types (GPs and Goodwood included), generations of VW Golf GTI’s with some special version such as the MKII G60 Rallye or the MKV R32. Ford’s from the MKI Fiesta to the ST’s and Focus RS MKI, MKII and MKIII. The most radical Gauls in the form of Clio Sport’s and Megane Trophy’s, in addition to the 208 gti by Peugeot Sport and its forefather, an impeccable 205 GTi. Various Abarth flavors and two Alfa Romeo 147 GTAs from Italy. Seat from 600 to the last Cupra. Suzuki Swift Sport, Subaru Impreza WRX Sti ‘hatch’ and a Honda Civic Type-R from Japan. From Korea, an authentic I30N “fleet”.

Representatives of the CAR, Autopista, Autofácil and EVO magazines, the Diariomotor and Espíritu Racer Blogs, along with the 350 attendees, voted for their favorites, both classic and modern. It came down to a very well maintained 205 GTI, a rare 147 GTA in blue and a Mini JCW with a racing-style configuration. The Italian and his Busso V6 was the “Press & Experts” choice, while the public opted for the radical Mini.

Despite the ‘Hot Hatch’-theme, it was impossible to ignore the cars from the VIP & Press parking area; all genersations of 911’s, Ferrari’s, Lotus, Triumph, Shelby Cobra and even one of the unrepeatable BMW Z1’s.

We want to give a big thanks to all atendees. It’s amazing how fast this community is growing.

After the supercar and hot-hatch editions, what theme should the next RoadStr event be?

Don’t miss the video from the event by IfYouLikeCars film’s David Mateo. 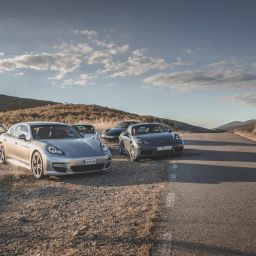 Onboard a Porsche, all drives go well

We take a tour of the North Sierra of Madrid with 1,642 HP 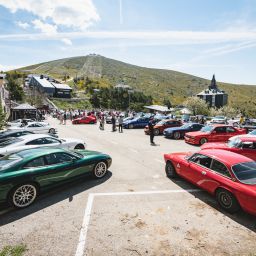 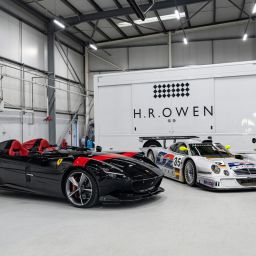 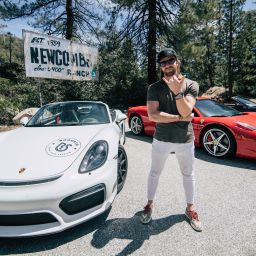 A drive near Los Angeles with Dani Clos