Today Alejandro Sanchez, eSports driver in the MSI (Motor & Sport Institute) team, 19-year-old from Madrid, “sits down” with us.

He’s a Mechanical Engineering student and also a partner in the RoadStr App Spain Karting team, participating in numerous races such as the Karting race Solidarity that was held recently, as well as the 10h of Karts held at the Karting Ángle Burgueño.

Many of our users are very interested and curious both about your career, as well as the world of eSports, so if you like, let’s start the interview!

I started in the world of eSports because I have always liked cars and competition. Since I did not have the budget to compete in real life, I decided to give it a try here, since I saw a possible platform in which we were all in equality of conditions, and to be able to race some day with real cars. So I evolved the simulator little by little to make it more representative of what the feeling of a real car can be (with the limitations of not feeling any G-force) in order to be ready to make the leap to a real car easier one day, and gradually raising the level until reaching the championship at the highest level, the Porsche TAG Heuer Esports Supercup.
It is an immense help, since without their support I could not do what I do, nor get to where I am. t also helps a lot to have colleagues of the highest level with whom you can compare yourself week after week and keep pushing yourself to always go faster. It is also an honor to be able to carry the name and colors of MSI (Motor & Sport Institute) and Teo Martín, with so much history and success within motorsport.
I grew up watching the golden years of Formula 1 in Spain with Alonso in that yellow and blue Renault, so the biggest inspiration is definitely him. Today I have the mentality of pilots such as Verstappen or Hamilton, people who do not give up and always fight to win.
Lately I spend at least two hours a day, but it is usually 4 or so most of the time. I have at least one race a week, and each one requires more than 20 hours of training both to practice sprints and qualifying sessions and to test and develop the car setup, and prepare strategies. 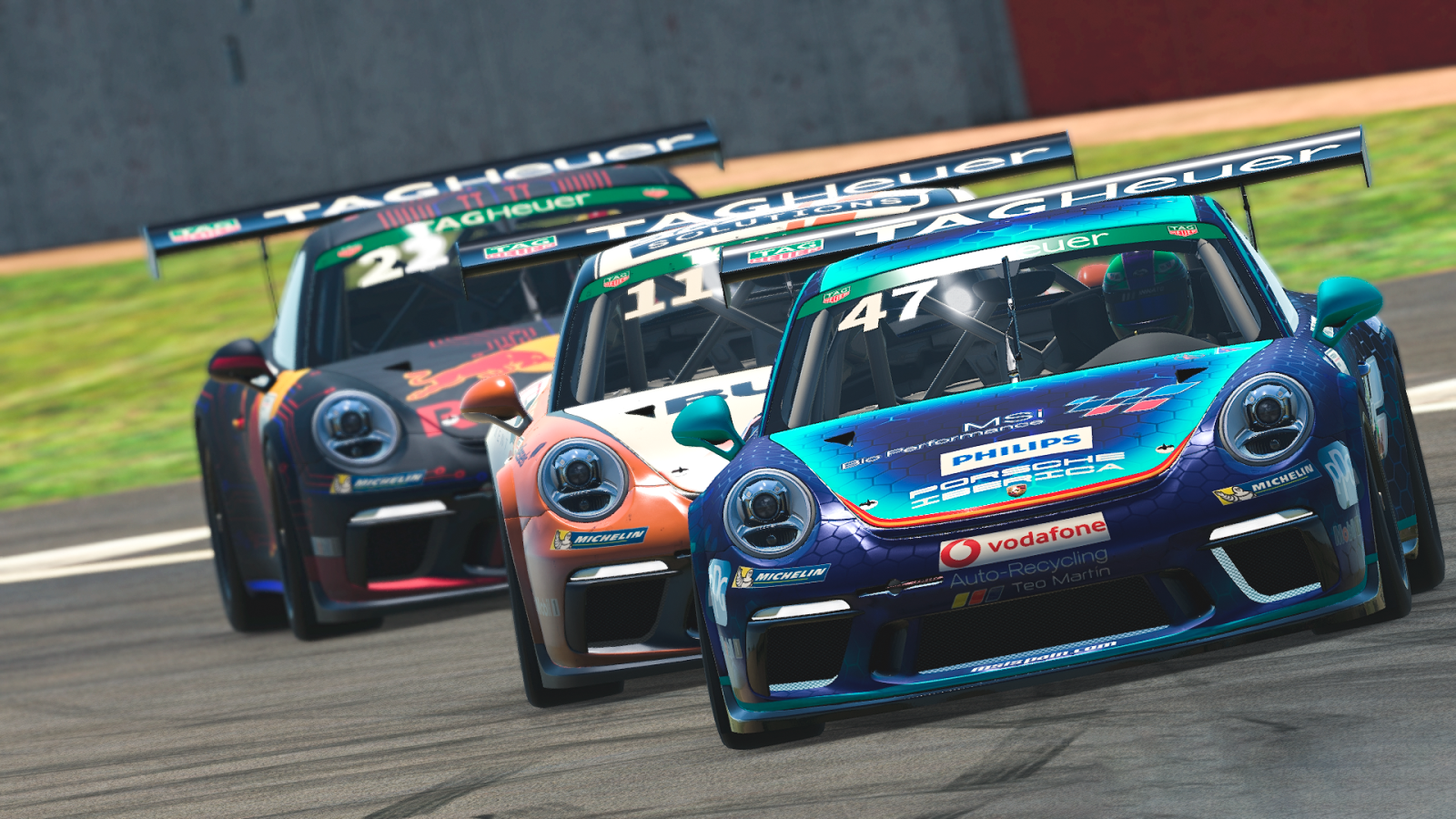 The most notorious and recent is Max Verstappen, the one who is, in my opinion, the fastest real pilot in simulators. He always competes with the elite of simracing. Then outside of that Lando Norris, Rubens Barrichello, Romain Grosjean, Dani Juncadella, Louis Delétraz, Segio Sette Camara … and that’s from the world of F1 / F2, then there are a lot of GT drivers (and factory drivers) with whom I race very often, like Phillip Eng (BMW) or Matt Campbell (Porsche). There are also some 5-time LeMans champion (Frank Biela) and many Indycar drivers like Alex Palou, or Tony Kanaan. The list goes on and is immense, and the truth is that it is my pride to be able to compete with such incredible people with so many names.
Yes, definitely. It helps you control your mind and have the correct mentality before, during and after a race, in addition to teaching you natural reactions to certain movements of the car such as oversteer. And since there are so many different cars with different driving, it teaches you many ways to go fast with different cars (it is not the same to carry an F3 than a GT3), which is very transferable to the real world. The best and most recent example is our test laps and race at the Jarama Circuit with the Ligier JS2R from MSi Race Tech Institute, a project that we became part of and with which we really enjoyed, since it is a car that students of the MSi. They have placed their trust in us to give them feedback on its behavior in order to develop and improve it. We surprised everyone with how fast we were from the first moment, and everything was possible because we were used to a racing car. Even if it is virtual, those experiences and emotions are real.
I once ran out of gas in the middle of the circuit due to miscalculating the required fuel that we had to refill at the pitstop. Another time, all the screens suddenly went off leaving the Parabolica in Monza. These did not end well. I have also mistakenly turned off the steering wheel in the middle of a race (it has an emergency switch to cut the power, and I hit it with the bottle of water) but I managed to turn it on and win the race.
Economically it is much more profitable to be an eSports pilot, and you are always on equal terms with your competitors. In real life there are many injustices and political decisions, but the experience of driving a race car is one of the best there is in this world, so in the future I see myself as a driver of both.
My advice is that, first of all, enjoy what you are doing, and do not get frustrated at first, since it is a world that at first is something difficult to understand. Also make sure to critique yourselves and try to make improvements every day; go a little faster, but always stay calm and enjoying the process. 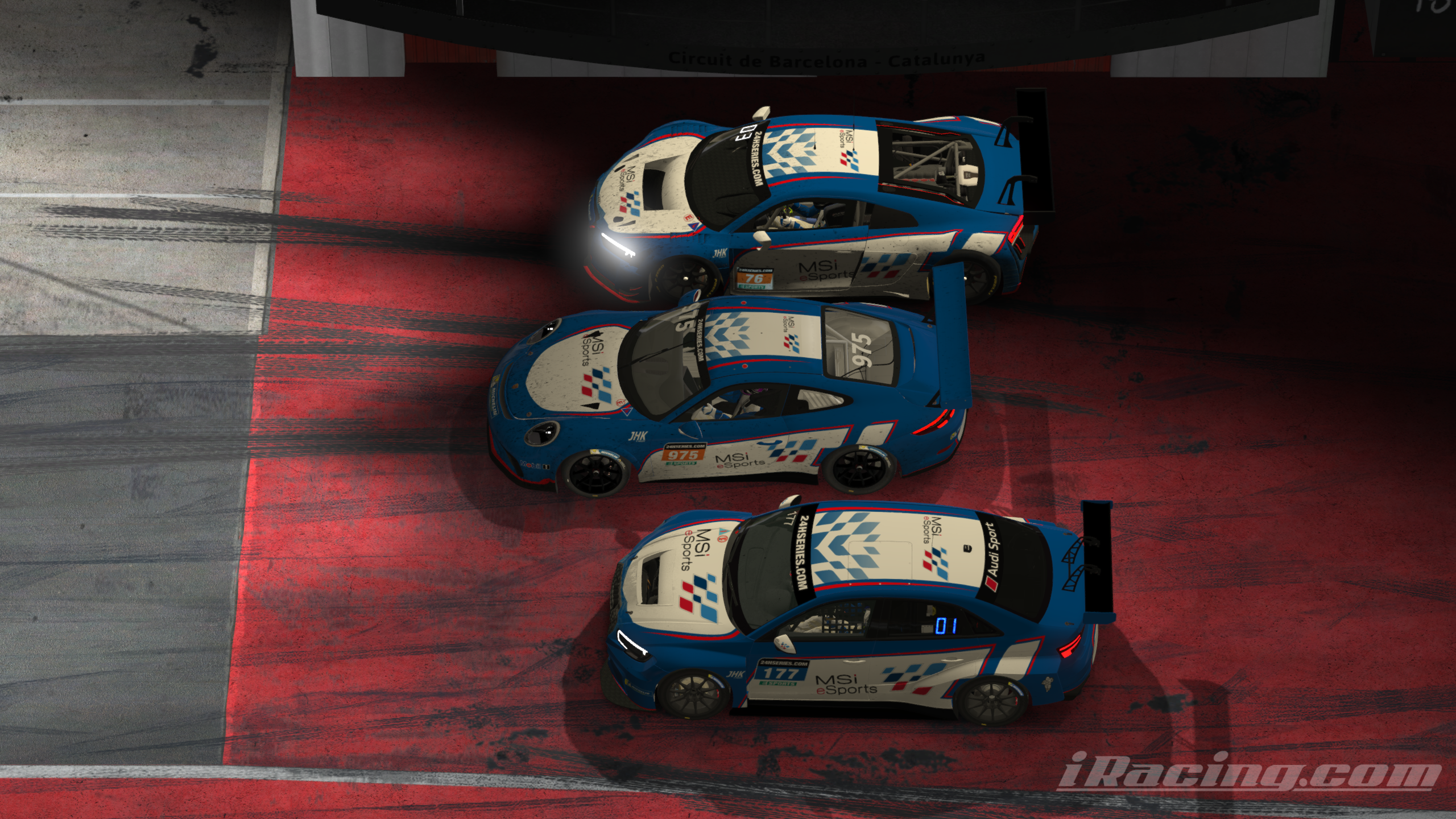 From the RoadStr team we thank Alejandro not only for having granted us this interview, but also for having told us those little secrets and tricks for all those eSports fans or those who even want to get started in them.

Best of luck Alejandro We only hope to continue seeing you at the top of the podium!

And then she appeared, BMW M8 Competition

We attended the report of the three generations of Mini GP of the EVO Magazine. Don’t miss how an EVO production is made from start to finish.