Most people look forward to sleeping in on Sundays. But in the world of car enthusiasts, it’s typically one of the best days to rise early.

It was a short night of sleep after a full-day drive with RoadStr enthusiasts near San Diego, California. But the weekly spectacle of elegance, or more accurately described as extravagance, that takes place in Malibu every Sunday morning is enough to drive any enthusiast out of bed.

By 6:15am it’s time to head up the I-405, an infamous eight-lane freeway which always seems to have a surprising amount of traffic, no matter the time of day. A notification pops up from @saimon69, cruising in his 1989 BMW 3-series convertible a bit further ahead. We join up on the highway using RoadSharing Mode without even needing to stop. We feel like pros out of a movie. Others turn on location sharing as well, funneling onto the famous Pacific Coast Highway and making our way to the same destination: the Malibu Country-Mart.

We pull into the parking lot just after 7am and it’s already buzzing with activity. Generations of BMW M’s are lined up under the palm trees. A spread of Porsches from a 987 Spyder to GT3 RS adorn the parking spaces in front of the cafes and stores. Classics including the likes of a pristine C3 Corvette to Packard Super Eights and Cadillac Devilles line the rows, clumped in small groups of a similar kind. And this is just the beginning…

The Malibu Country Mart wasn’t always the center of attention on Sundays. Cars and coffee seems to take on a certain lifecycle, starting out as a small gathering of elegant cars and true petrolheads. Word spreads regarding the location, and more enthusiasts pour in each week. As the attention broadens, over time the show starts to become overwhelming and draw more extravagance, with each show topping the previous in its level of craziness. Loud exhausts and inevitable traffic jams that clog surrounding streets draw ire from local residents. Eventually, it may break out of control and the show ends up disbanded permanently.

Such was the fate of the Trancas Car Show in 2018. Located further up the road in Malibu, this show was a predecessor to today’s Malibu Country Mart scene, drawing enthusiasts and celebrities steering millions of dollars of equipment on four wheels.

In the wake of Covid-19, the Malibu Country Mart became the focal point for Sunday morning enthusiasts to escape their confines. With a sizeable parking lot, a few cafes, and stores like Sephora located right along the coast, it is the quintessential SoCal dreamscape. Many credit Spike Feresten, famous writer for the series Seinfeld, as organizer for the weekly car show at the Country Mart. Both he and Jerry Seinfeld could host a sizeable show with their car collections alone. 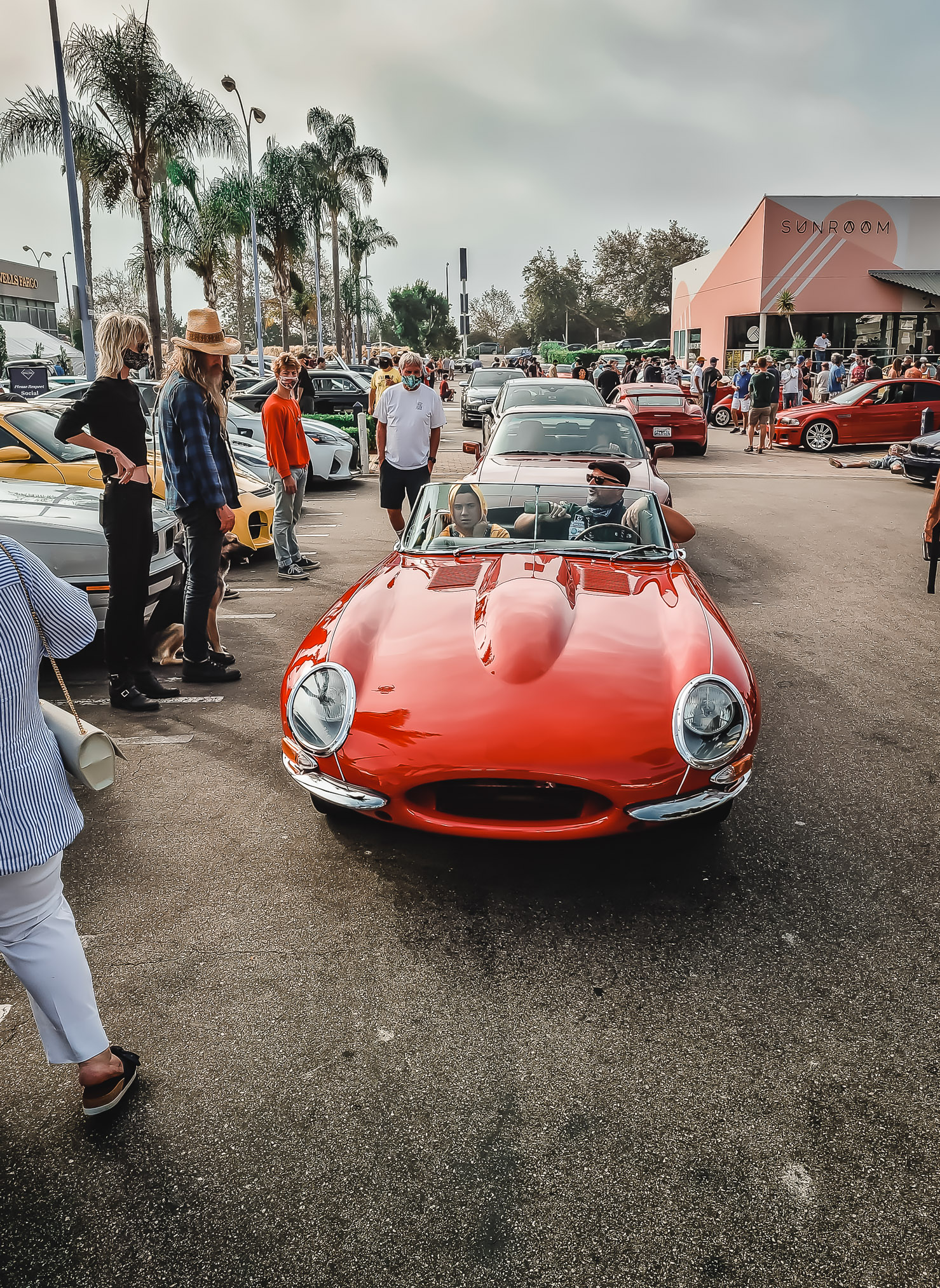 A side of Cobra with your eggs

We make our way over to the Marmalade Café, passing by a deep blue Bugatti Chiron and hot-red Porsche 959 each of which draw a small surrounding crowd. We were seated on the makeshift patio created thanks to Covid, but this is an ideal scenario for car enthusiasts on Sunday morning.

Meanwhile the parking lot has filled up and as our omelets and coffees are served, a Miami Blue 2020 Porsche Boxster Speedster decides to invent his own parking space in front of the café. Following by example, a beautiful Shelby Cobra rumbles up to park adjacently. We don’t mind a side of Cobra with our eggs. 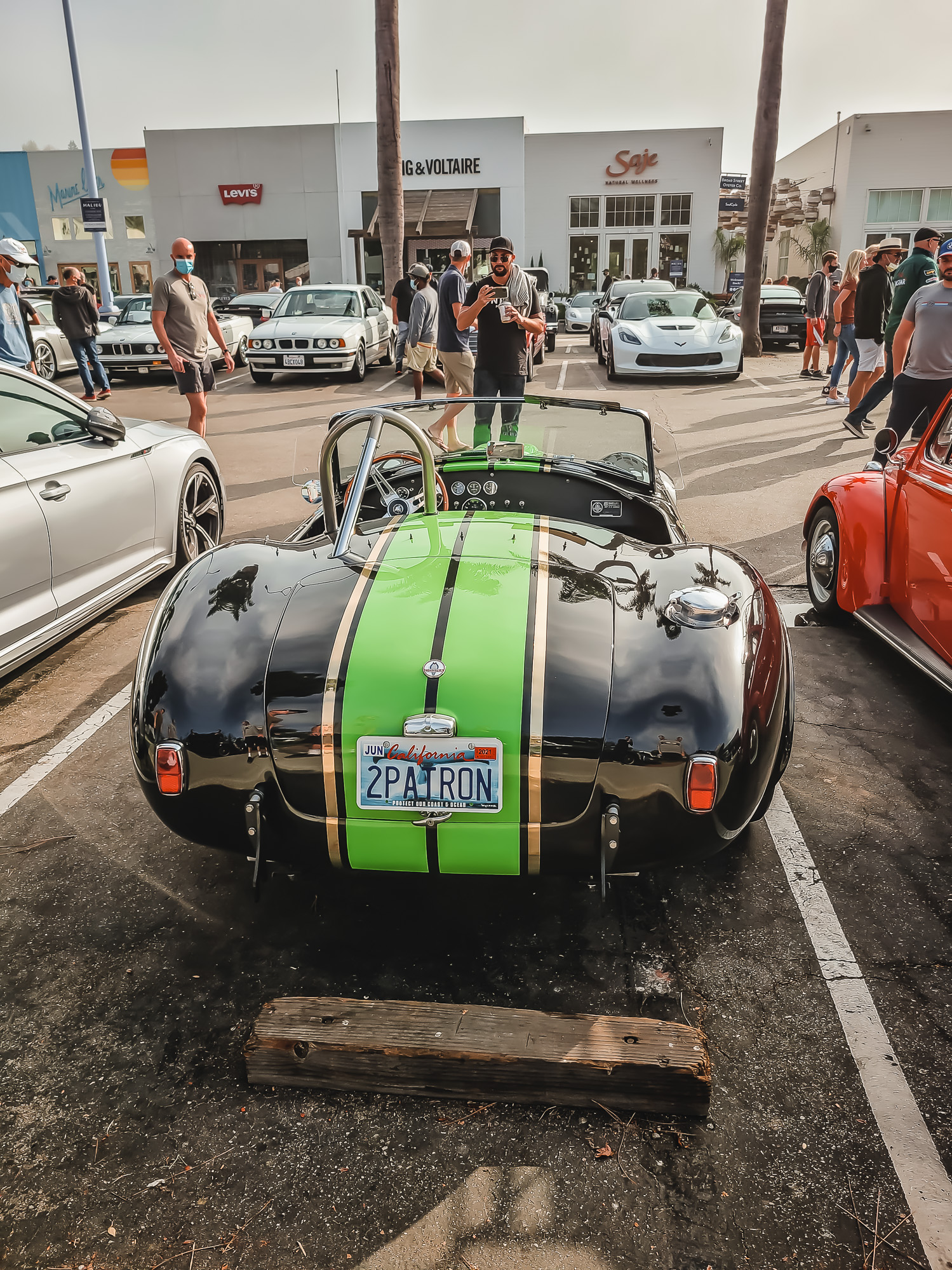 As giddy as a kid in a candy shop

As we leave the café with our stomachs full, we can’t help but to make several rounds walking around the parking lot. It’s impossible to keep our phones in our pockets as we snap photo after photo. Dodge Vipers of all generations, including a Gen 1 GTS, and ACR, and a yellow Hennessy Venom 650 R (nicknamed “Big Banana”) are spread sporadically throughout the show.

No Malibu car show would be complete without the arrival of Jay Leno. This weekend he arrives to the show packed into a Light Car Company Rocket, a single-file, two-seat, open-top British car from the 90’s (yes, it has two seats in that thing). He’s wearing his typical denim uniform, looking as if he’s been working under the car all night. But he exudes his true passion as he makes his way around the show, stopping to talk with the owner of a beautiful red Jaguar E-Type.

Time to roll out.

It’s not even 10am and we are already exhausted by the surrounding extravagance. A homeless man stages himself juxtaposed against a small pillar reading “MALIBU”, spread eagled with a bottle of vodka in hand, passed out on the ground. After 3 hours eyeballing the vast wealth and quality of cars accumulated in this small parking lot, we couldn’t help but to also feel a bit drunk with envy from the display before us. 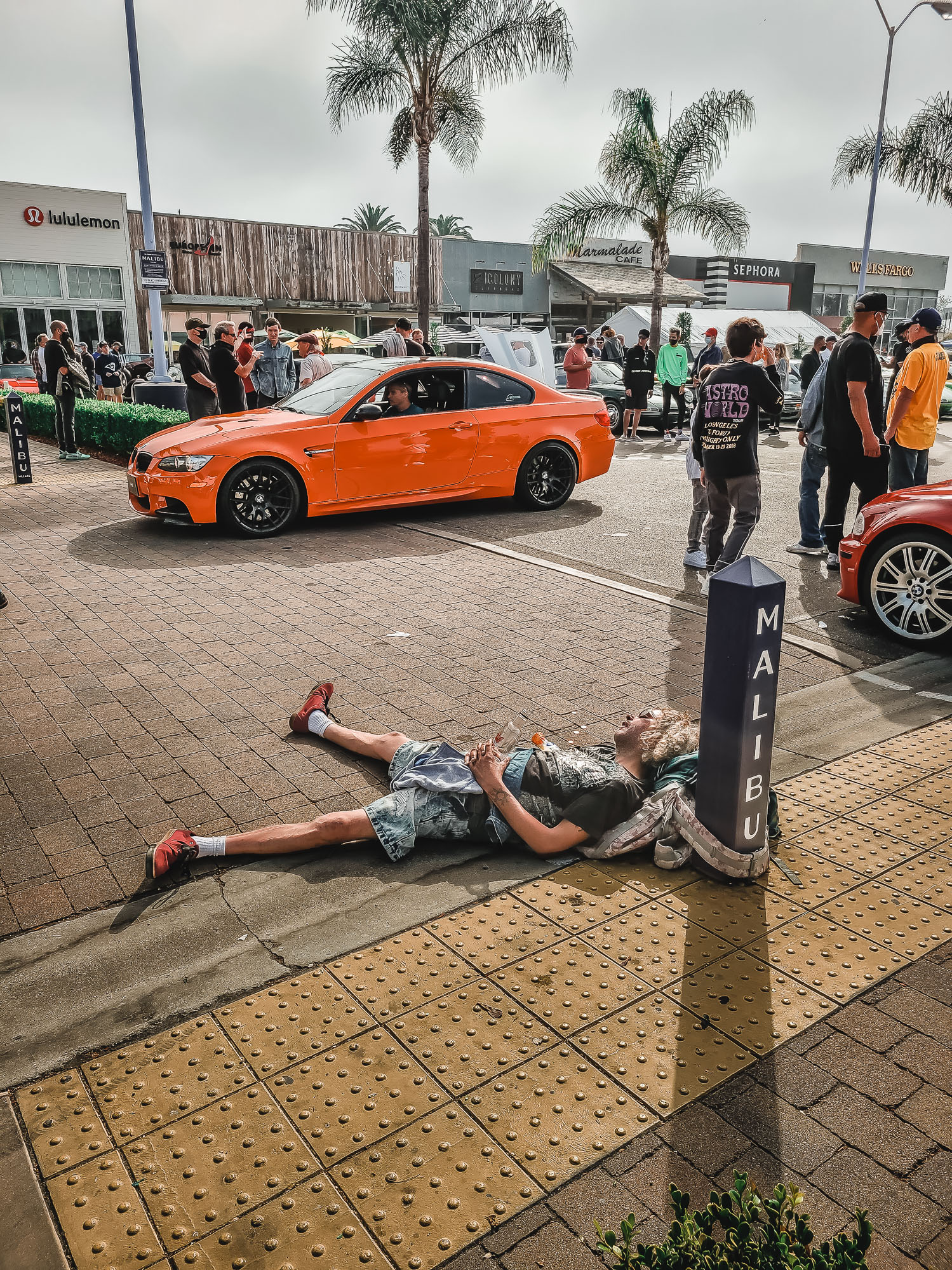 Jamiroquai’s leader Jay Kay, is a great lover not only of classic cars but also of the Almeria area in Spain, specifically Cabo de Gata.

Do you consider yourself a real petrolhead? WE BRING YOU A SELECTION OF MOVIES AND DOCUMENTARIES THAT YOU DEFINITELY DON’T WANT TO MISS.

07 May 2020
Ideas to stave off quarantine boredom!

This is our little tribute to Stirling Moss, the F1 gentleman. Don’t miss the interesting story of his life. 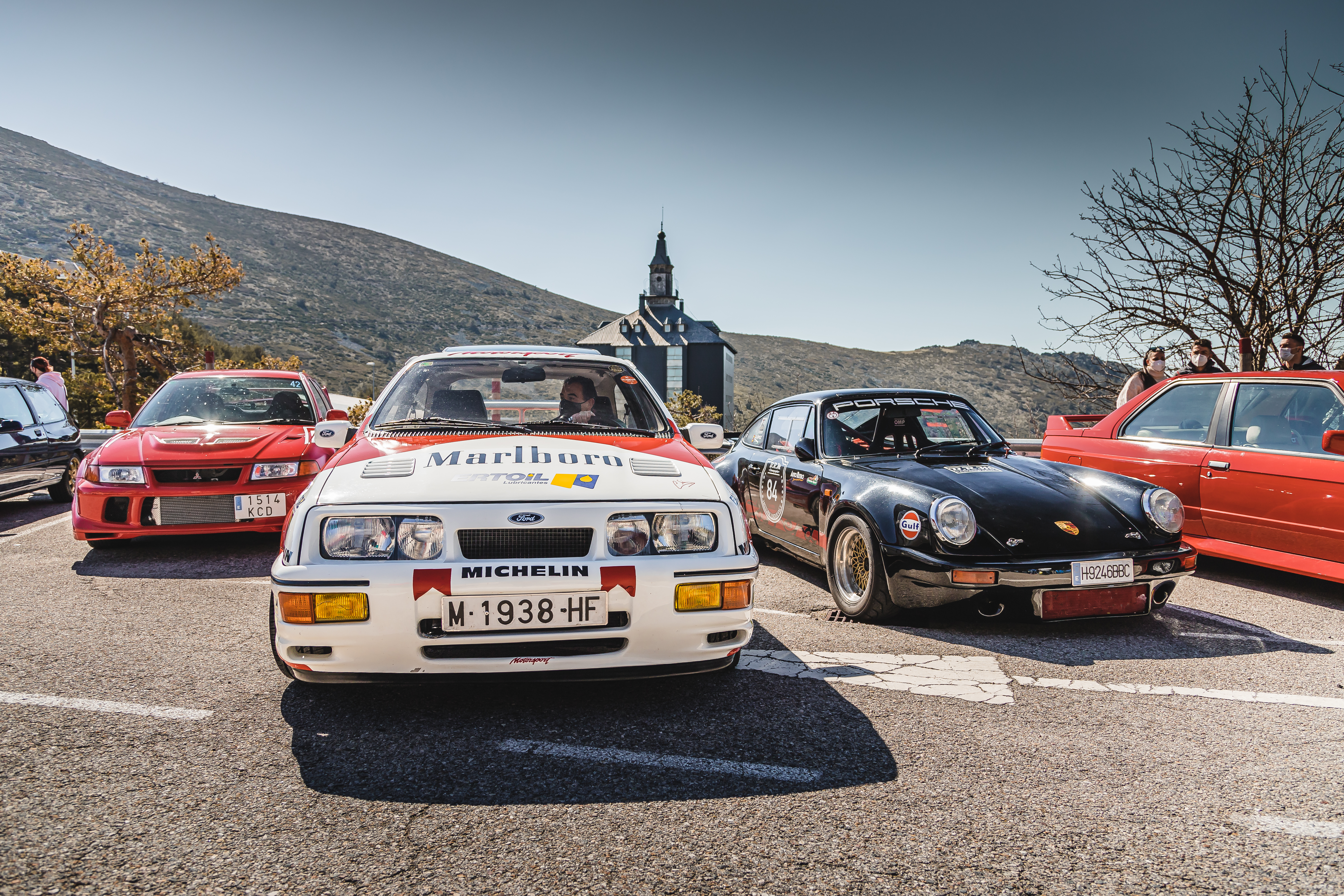